Gargalianoi are located almost in the middle of the south part of Trifylia. Built in an altitude of 300 meters, back at the end of 18th century and the beginning of 19th century, you had to arrive at the peak and enter the small plateau to locate the settlement. But then, in the trubulent years of piracies and pillages, the houses had to be concealed from the pirate ship observers who searched for villages close to the coast, to ransack them. Today, the uphill turns offer an extraordinary view to the Ionian sea, Marathopoli and primarily to the enchanting Proti Island and thus its successful characterization as ‘’Messenia’s balcony’’. The first image on the uphill route with the modern houses and the somewhat irregular town plan, as you approach thw town’s center, is replaced by a gorgeous, picturesque town view, framed by multiple series of low neoclassic houses. As quiet, and as modern as it should be…
Its rather peculiar name, is probably owed to a dignitary from Venice, Gargaliano, who was in exile here during the Venice occupation. The archaeological dindings are somewhat limited, but they indicate that this area was populated since Homeric times and the famous hospitable kingdom of Nestor. In any case, the age-long and sheltered from pirates settlement, accommodated only 282 inhabitantas during the Venetian census of 1689, while a little while before the Revolution, its population was quintupled. The big population growth started in the middle of the 19th century and during its peak, before the 2nd World War, Gargalianoi had 8.370 people.
Nowdays, in the central square, featuring trees, hospitable senior citizens and active yaoung people, beautiful houses with a well-design town plan, you can enjoy a coffee in one of the traditional coffee shops, or visit the Panagia church, the most ancient surviving building of the town. The temple GenesioTheotokou (Nativity of the Mother of God, as is its full name), is a wonderful three-aisled basilica of the 17th century, the distinguishing feature of which is the staircase descending to the church. In the interior, exquisite paintings survive, the most remarkable of which is the image of Christbearing marks from the sword of Ibrahm and other warriors of his troops.
At least dozen coffe shops, very pretty and modern, some good and traditional patisseries, restaurants with delicious meats, both in the center and nearby beaches, with beautiful young crowds of locals and visitors of all ages, from early in themorning for coffee and breakfast, then for devine meat dishes, continuing until late in the night, for drinks and music, and the fun carries on as long as the spirits of the hospitable and kind-hearted people are high…From the central square, heading right to its east-meridean side, you will find a small park with gardens, a statue and an exquisite building in the background, Briskios Municipal Library. To make the tour in Gargalianoi more complete and enjoyable, you must walk the east neighborhoods of the town, Dexameni and Agios Spyridonas, or alternatively, to admire the astonishing view and take many photos from the height od Ai Lias. And even if you miss something of the above, the most representative element of the town and its pride, is the constant visual reference to its greatest hero TellosAgras. Its his statue in front of the library, its his banner on the central square, and in his honor the Agapinia festival takes place every year in the heart of the summer. 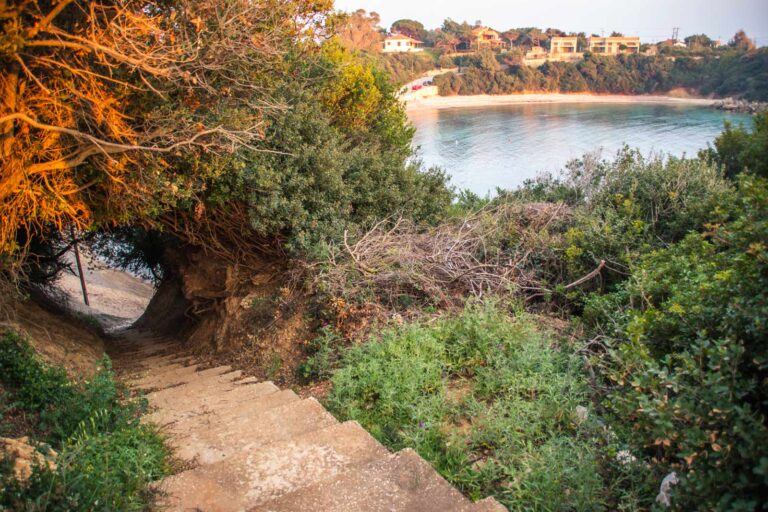 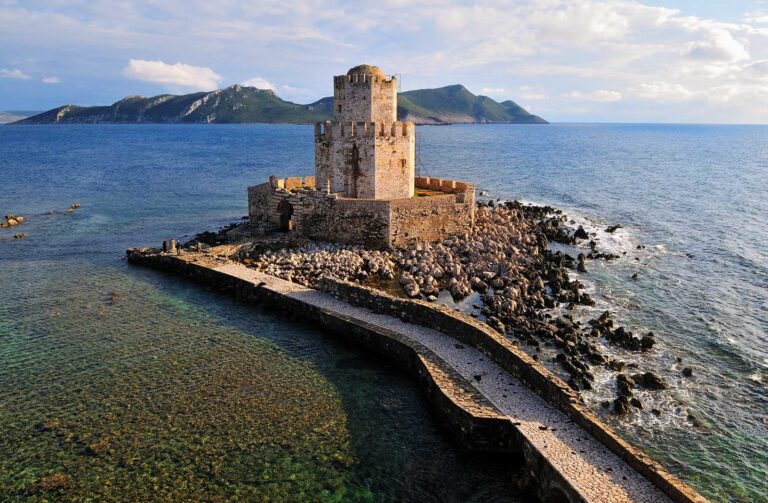