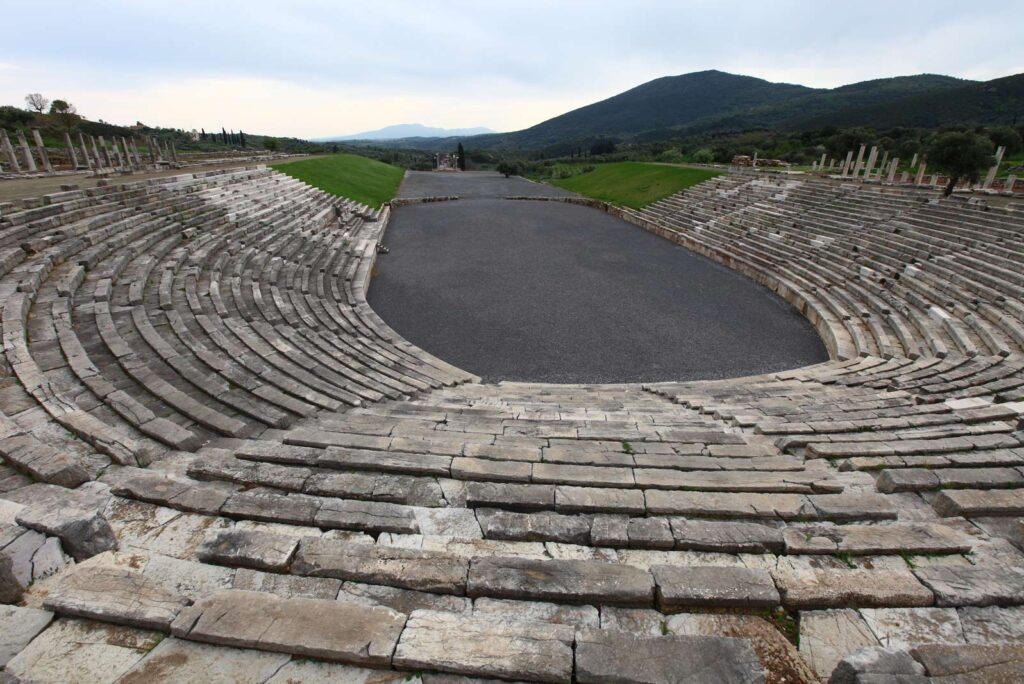 In the western foothills of Mountain Ithomi near the village Mavrommati, and it lies over a large area being one of the most important archaeological sites in Greece. Ancient Messini is excavated and  gradually revealed since the time of the Revolution and because of its size, but also of its importance, it gives great information about […] 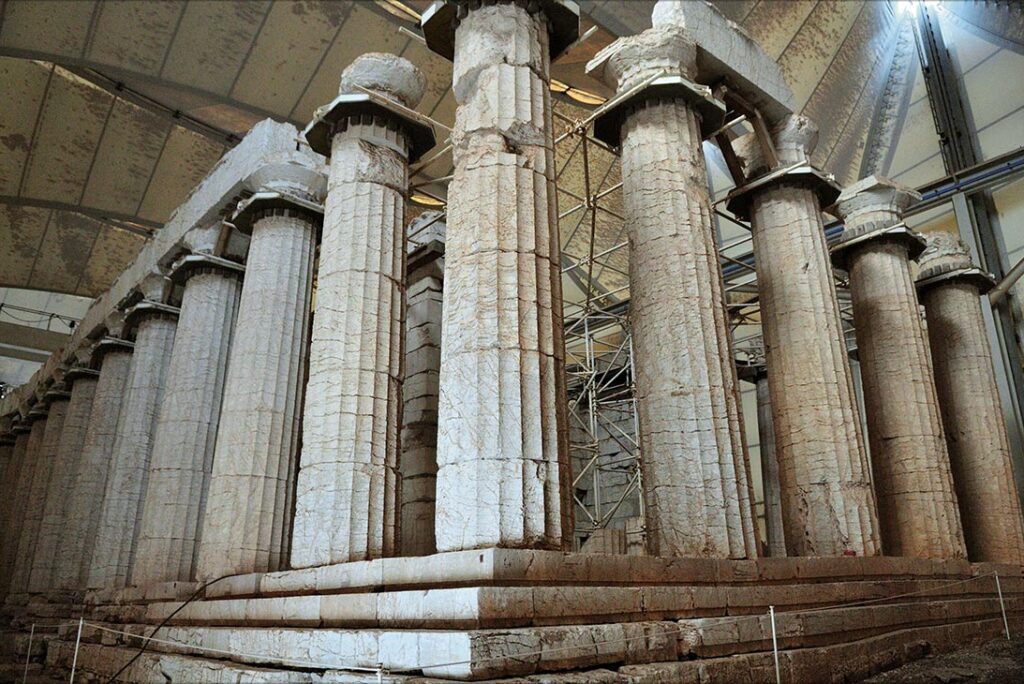 The Temple of Apollo Epicurean

7. Around Trifylia. In the greater region, at variable driving distances depending on your departure point stand various sites that are all well worthwhile: the Temple of Apollo Epicurious at Bassae, Ancient Olympia, Ancient Messene, the Palace of Nestor, Nestor’s tholos tomb, the Archaeological Museum of Chora, the Old Navarino Castle known as Paleokastro above […] 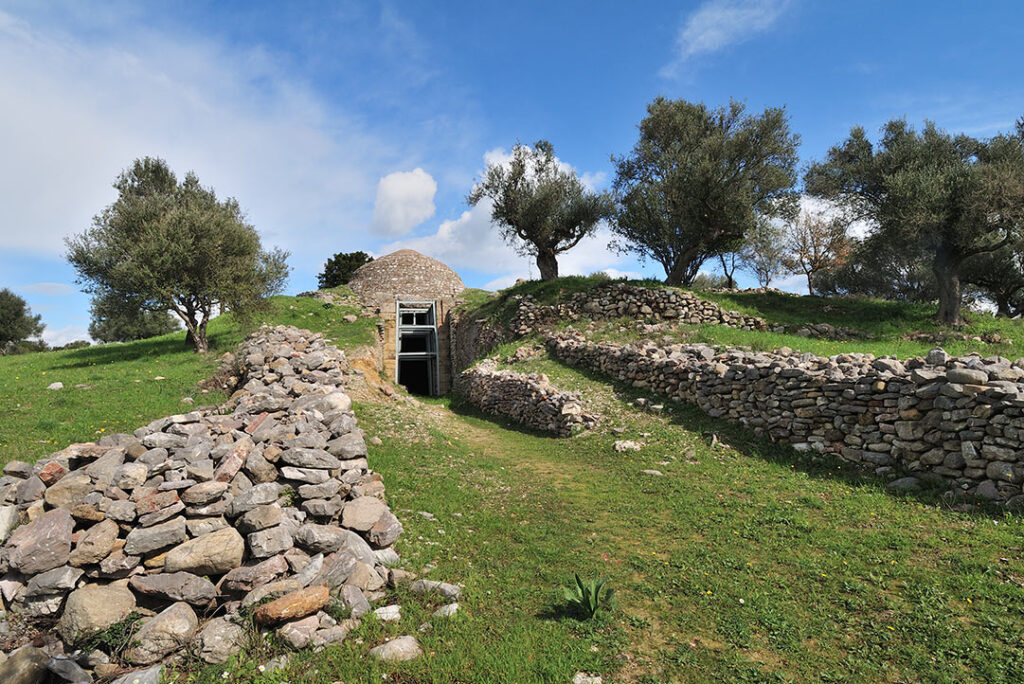 The archaeological site of Peristeria is winding through idyllic hills filled mainly with olive trees. There, on the humble plateau just in front of the modest entrance, no one can suspect that this is the moment for one of the huge surprises of the area. Initially a small walk inside the uphill olive grove reveals […] 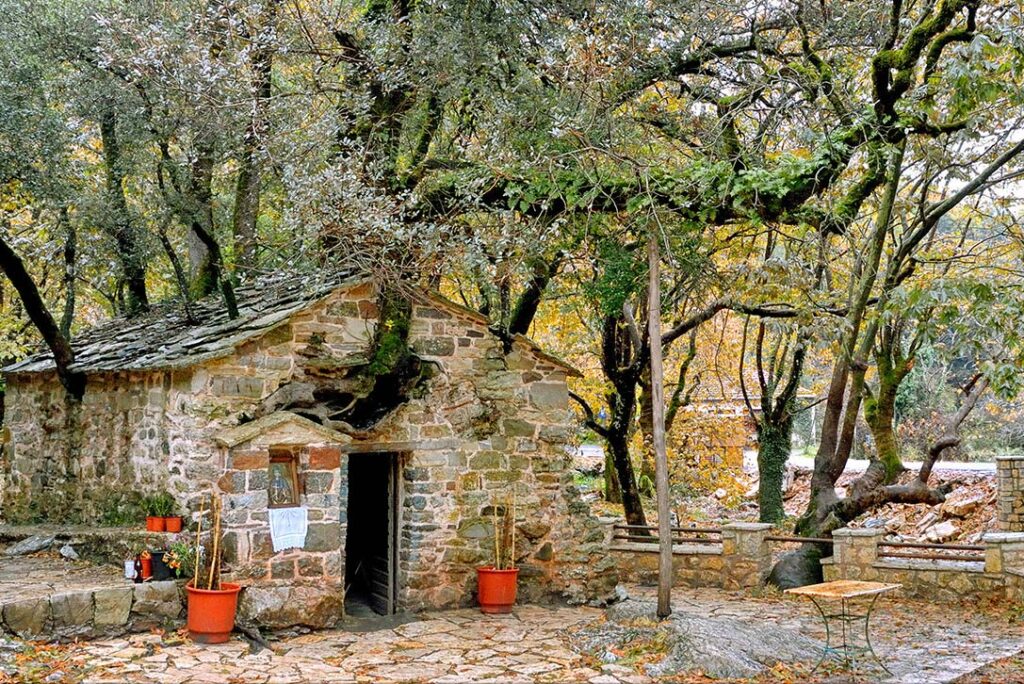 Built around the 12th century and dedicated to a local saint, this charming small church on the border of Messinia and Arcadia is the site of a ‘’miraculous’’ phenomenon: 17 mature trees grow from the roof of the church with no roots visible either inside or outside the structure. 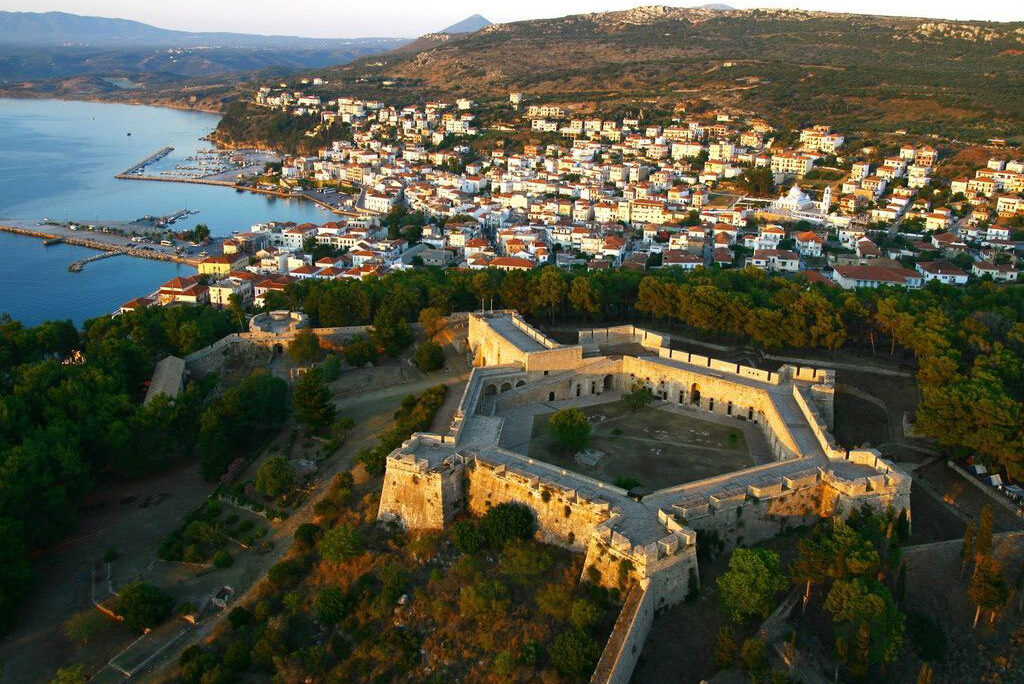 Built in 1573, the Ottoman fortress known as Neokastro features some impressive defensive walls and for years guarded the southern approach to the harbor of Pylos, the finest on the west coast of the Peloponnese.

A rocky promontory with ruined battlements and a tower of a Frankish fortress dating back to the 13th century, built on the ruins of the Acropolis of Pylos. 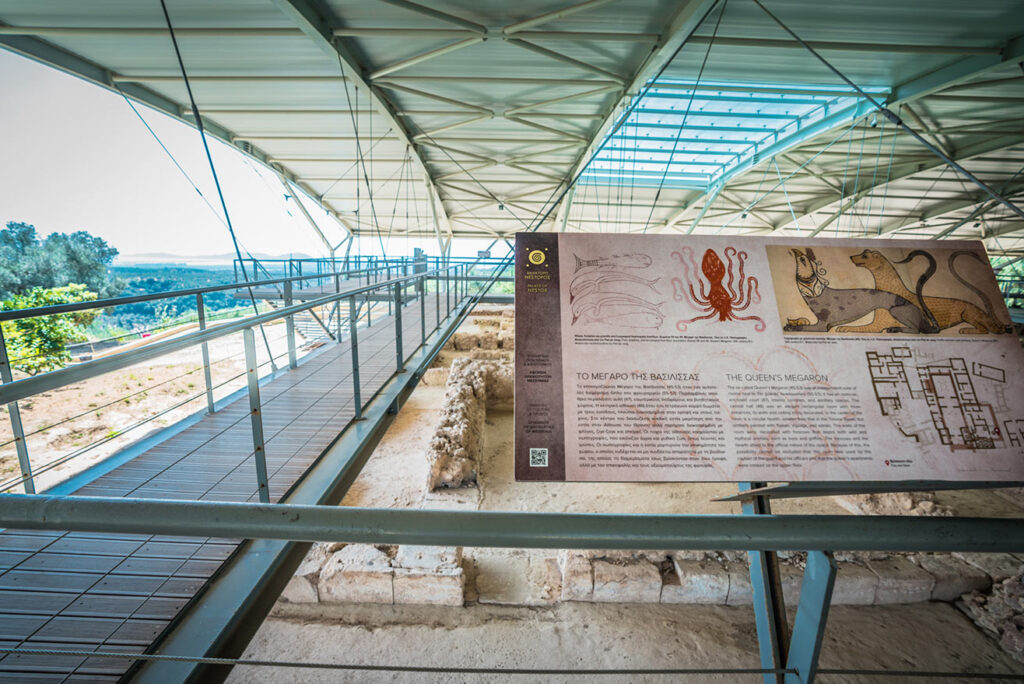 The Palace of Nestor

The elaborate two – story complex (13th-12th  century BC) with toyal apartments and workshops is unique among Mycenaean palaces due to its complete lack of defensive walls. The Palace of Nestor, the wise old king of Homeric fame, was unearthed in 1939, revealing more than 600 clay tablets inscribed with a mysterious script that has […] 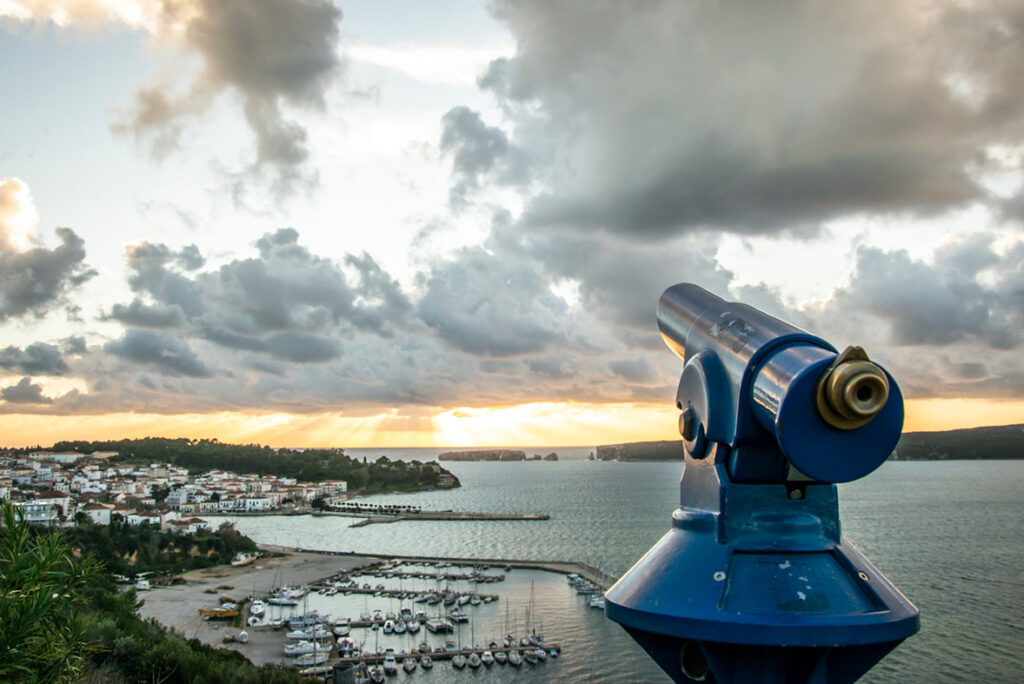 A magnificent natural harbor – one of the largest in the world, the entrance of which is almost blocked by the island of Sfaktiria – the Bay of Navarino was the scene of the famous naval battle in 1827 in which an allied British, French and Russian fleet defeated a combined Egyptian – Ottoman armada, […] 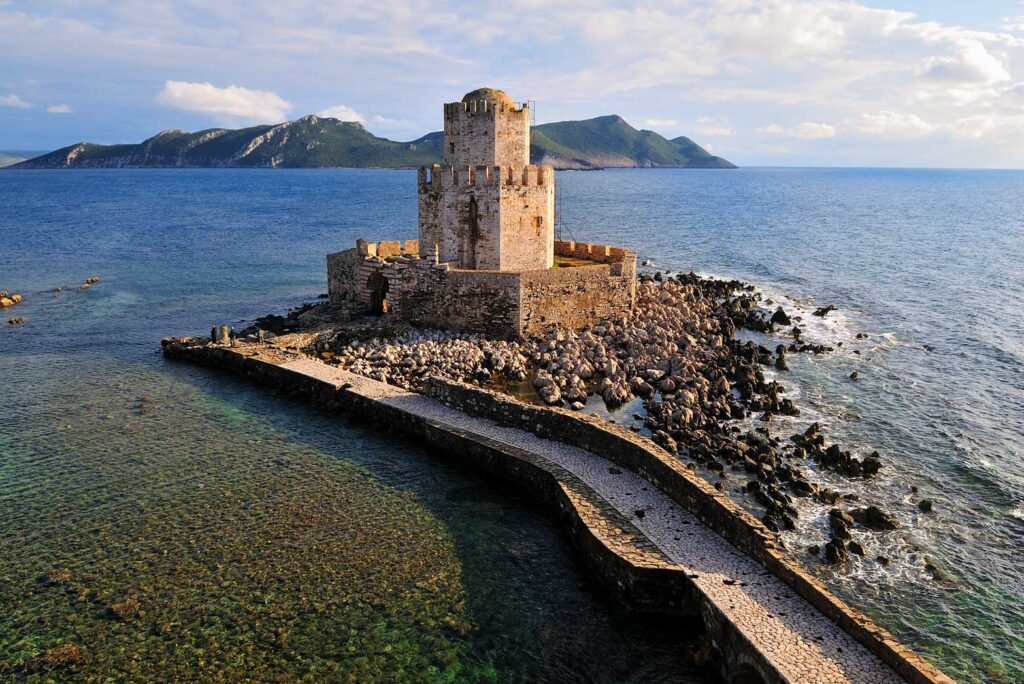 The Castle of Methoni dominates imposing at the southwest end of the Peloponnese. It is one of the most characteristic castles in Greece, with an area of about 93 acres, while at the edge, at the end of the sea is the Bourtzi, where one can reach from a paved corridor through the gate of […] 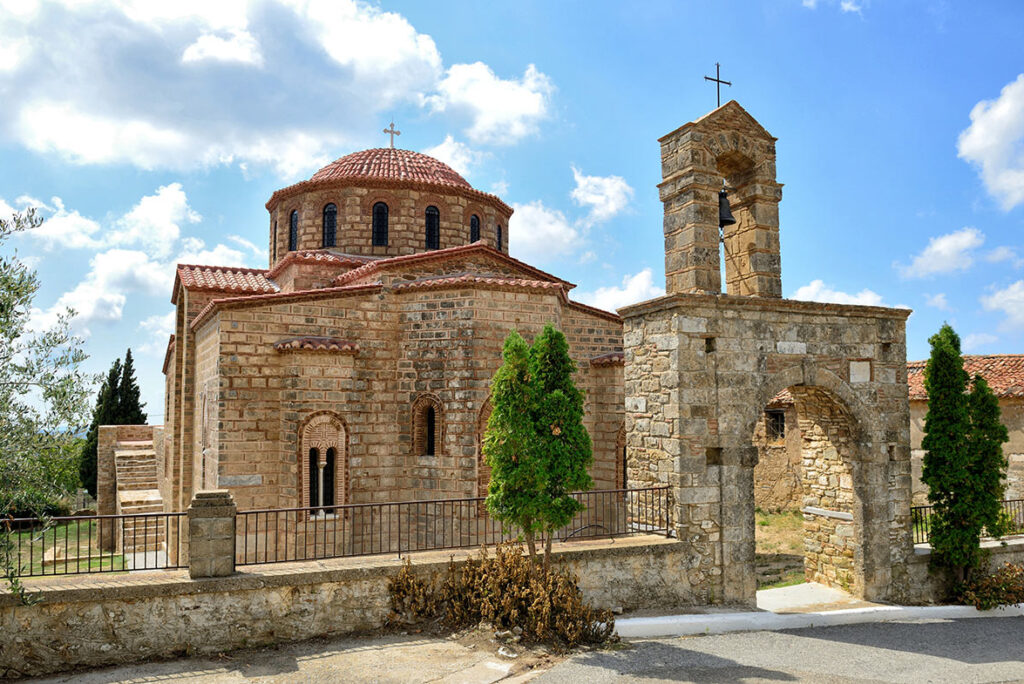 The temple dated at the beginning of 12th century, has an architectural terminology, an octagonal shape, a nathex and a three-part sanctuary. Its current form however, presents significant differences from the typical octagon type. There are evidence proving that at the site of the remarable church Metamorfosi Sotiros, lay the equally big ancient Greek temple […]